On Friday 14th May, we took Flair on their first off site Curriculum Venture Trip to Maiden Castle, Dorchester.  The aim was to explore and discover its different usages over time. We entered through the old western gateway which led us to the neolithic gathering point. Here we sketched out the causeway design in the dye from crushed berry, to represent one of the resources used in cave art. While we were working, everyone experienced a taste of authentic neolithic berry and nettle tea, Ali liked it so much he had seconds! 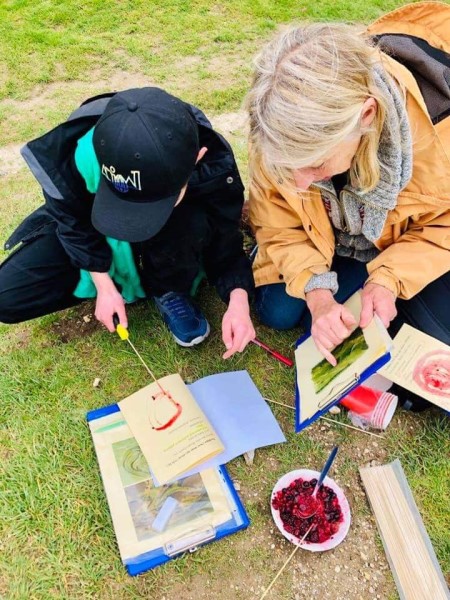 The Eastern end offered breathtaking views over the Dorset landscape, which provided a dramatic backdrop whilst we ate our lunch. The afternoon was spent in the iron age settlement and discussed how it grew from a small self sufficient community to a larger settlement with expanded defences. We discussed whether we thought the war crematorium discovered by Sir Mortimer Wheeler was for those killed in the roman invasion or was a crematory used over time. Maiden Castle became a smaller settlement in the late Iron age and was then abandoned for some time before the introduction of the Romano British temple. We looked closely at the remains of this temple before heading back down the hill for the return journey home. 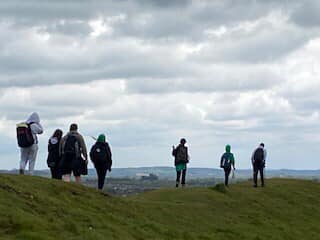 Back to summary
Make an Enquiry